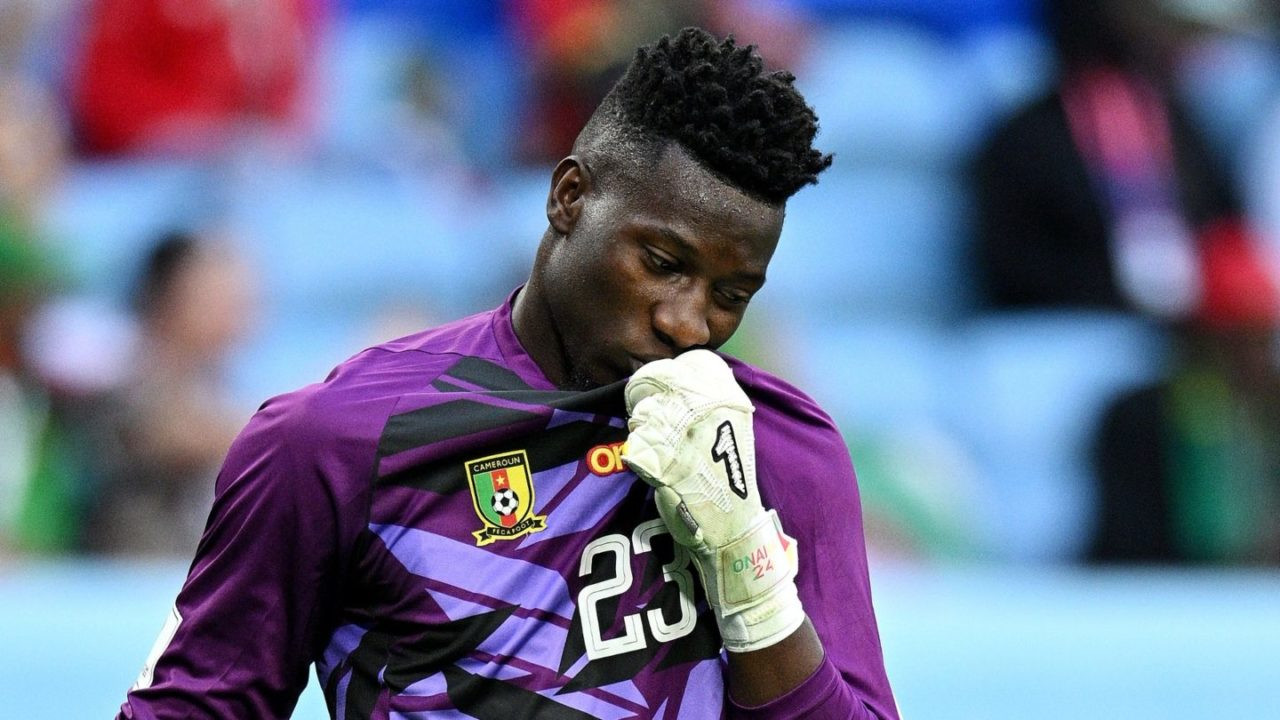 Cameroon Goalkeeper,  André Onana insists he put his ‘efforts and energy into finding solutions to a situation that a footballer often experiences’ but found ‘no will on the other side.’

Questions had been asked following Andre Onana’s absence in the Cameroon Vs Serbia fixture at the World Cup 2022 in Qatar.

It was later revealed that the Cameroon international clashed with the team’s coach Rigobert Song and was consequently left out of the team that played the Serbs. He was then sent home after being omitted from the squad for their last group-stage match against Brazil.

The Inter Milan goalkeeper in an official statement addressed the situation after the Cameroonian FA released an official announcement stating that he had been suspended from the team.

His statement explained how he has tried to support the team in any way he can.