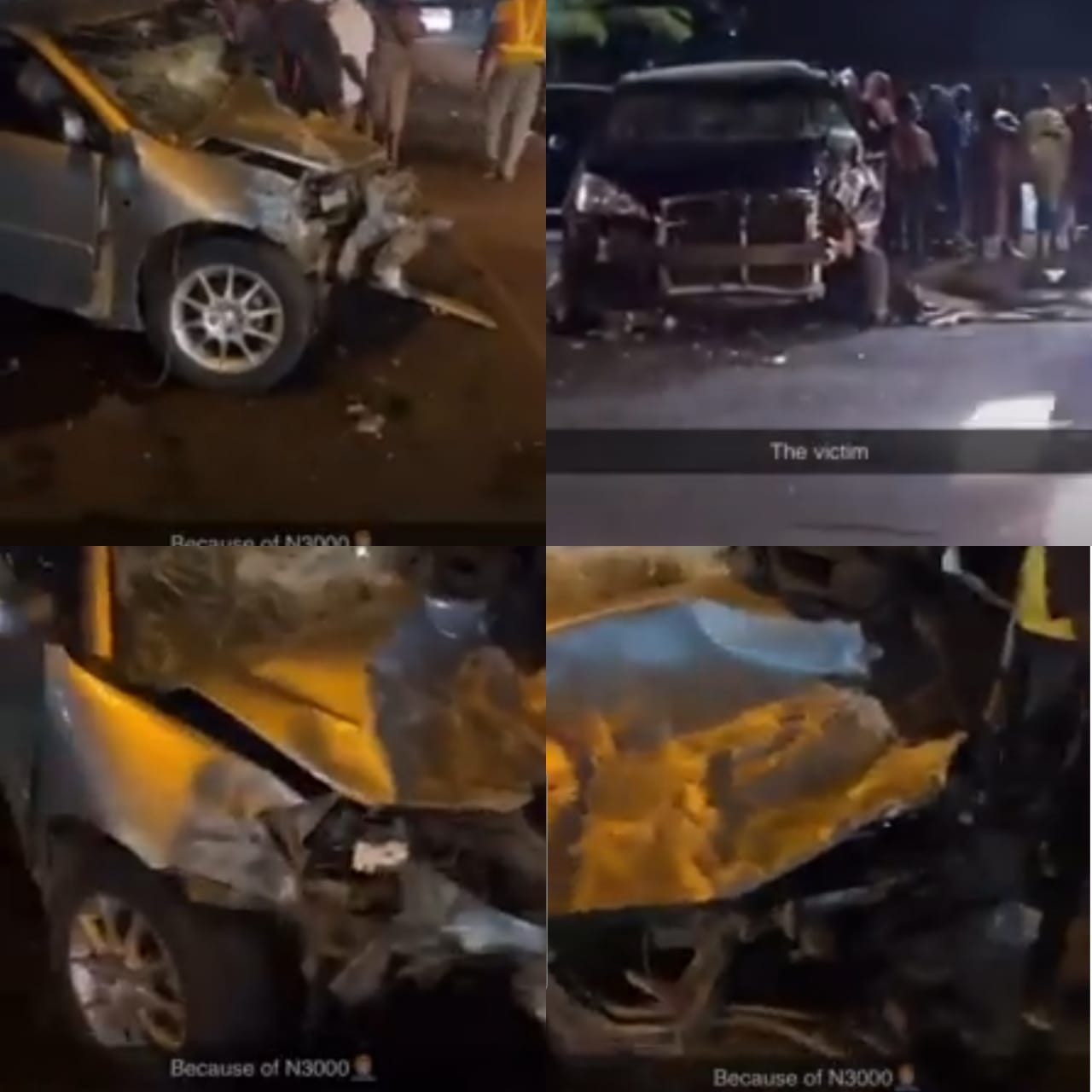 Twitter user @alamin_ghost shared the story online. He posted a video showing the damaged car and stated that one person lost his life as a result of the unfortunate incident.

”A driver bought fuel of 3k yesterday night and zoomed off at high speed without paying, he later lost control and rammed into other cars resulting to the death of someone sadly. Allah ya jikan shi”

Watch a video showing the wreckage of the vehicle below…