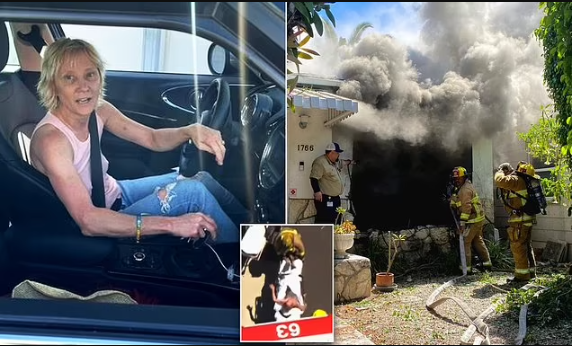 Emmy award-winning actress,  Anne Heche had cocaine in her system during her fatal car crash into a Los Angeles home, according to her final autopsy and toxicology report.

The toxicology report also states that fentanyl was detected in the Emmy Award-winning actress’ body from the pain treatment she received following the horror crash, TMZ reports.

Heche crashed into the LA home at 90mph, causing a blazing fire that saw her trapped in her car for 45 minutes as dozens of firefighters worked to free her.

The report also notes that there was no alcohol in Heche’s system despite a photo of her just moments before the wreck showing a bottle of what appeared to be vodka inside her blue Mini Cooper.

According to the timestamp on the LA Fire Department’s recordings, the first of 59 firefighters arrived at the burning home at 11:01am on August 5, with reports that Heche was trapped inside the car.

After homeowner Lynne Mishele was pulled from the…