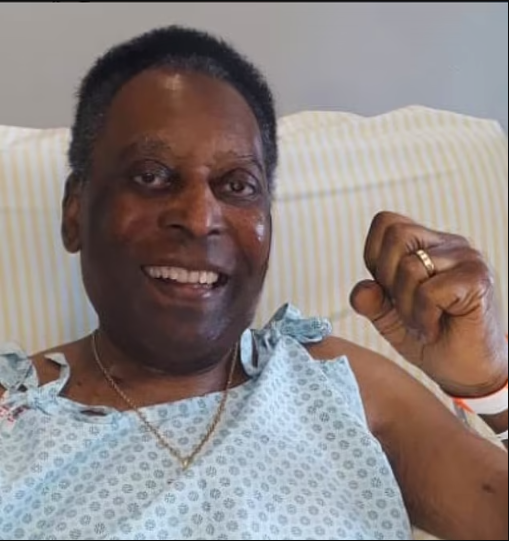 Brazil football legend, Pele is reportedly showing signs of ‘progressive improvement’ after being treated for a respiratory infection at a hospital in Sao Paulo.

Brazilian publication Globo reported that the legendary figure’s condition is improving after he was taken to the hospital for tests.

They add that the 82-year-old is showing ‘stable signs, is ‘conscious’ and is ‘without further complications.’

The 82-year-old, who won the World Cup in his career three times in 1958, 1962, and 1970, was admitted to the hospital to treat a respiratory infection that was aggravated by Covid.

Despite initial concerns that he was close to death, his daughters Flavia and Kely Nascimento quickly moved to rubbish those reports and said he is ‘sick’ but is still supporting Brazil in their bid to win the World Cup.

The former Brazil striker had been moved to palliative care after his chemotherapy to treat colon cancer had been suspended.

However, an update from the…