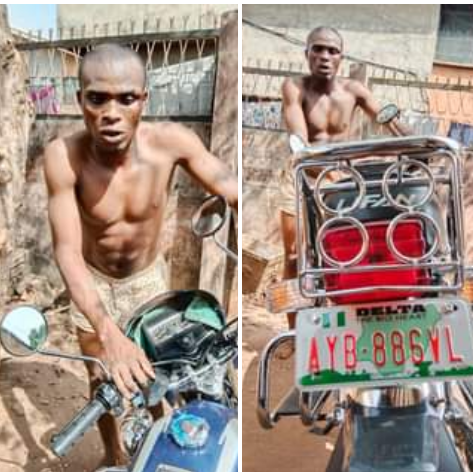 According to Punch, the suspect had been linked to many missing bikes in the locality, alongside his gang members.

The suspect met his waterloo when he and an accomplice, now at large, gained access into a particular compound and made away with a new bike.

The duo were said to have run out of luck when a neighbour put a call across to members of the Anti-Cult Volunteer Corps in the neighbourhood, who immediately swung into action and gave the culprits a hot chase.

In the ensuing encounter, one of the hoodlums was caught by the security operatives while the other escaped, but the stolen motorcycle was recovered.

Commenting on the incident, the leader of the Anti-Cult Volunteer Corps, Mr. Moses Efamehule, told newsmen that the corps will continue to make Ika land uncomfortable for…