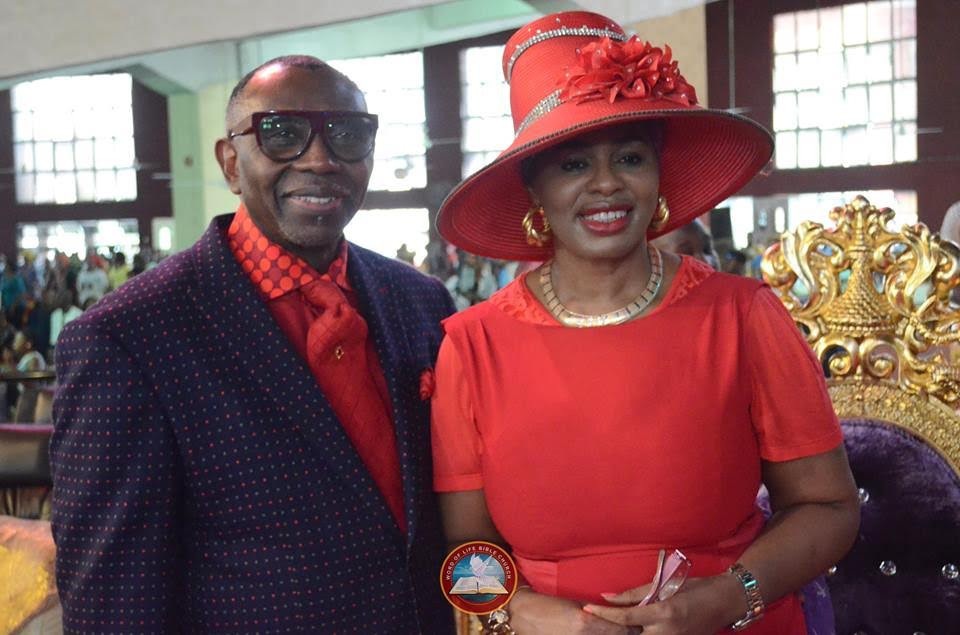 Politician and ex-boyfriend of actress Nkechi Blessing-Sunday, has debunked claims that former President of the Christian Association of Nigeria CAN, Pastor Ayo Oritsejafor and his wife, Helen, fondly referred to as Mama Helen, are divorced.

A few days ago, social media was agog with reports that the 25-year-old marriage of the Oritsejafors had packed up. The reports claimed Mrs. Oritsejafor has left their matrimonial home with their kids and moved to the UK. The reports also alleged that the divorce was on grounds of infidelity.

Falegan, who is the brother of Mrs. Oritsejafor, has come out to debunk the news. He also dismissed claims of infidelity in the marriage. He wrote;

”My sister is not divorced and will never be Divorced this claim is without evidence” as some media outlets framed it, Before you share a story kindly spend a moment evaluating the evidence. Attaching our family name( falegan) to infidelity is not only disgusting but abhorrence and totally…