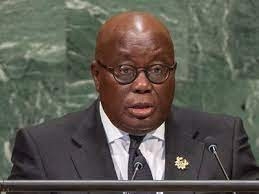 Ghana’s President Nana Akufo-Addo has asked other African leaders to desist from begging for loans from Western countries so that the continent can earn global respect.

Akufo-Addo said the African countries will change the poor perceptions that the developed countries have about the continent if they stop begging. The Ghanaian president stated this while speaking at the ongoing US-African Leaders Summit in Washington, DC.

He advocated that the resources in Africa should be spent on the continent to make it prosperous and get respect.

“If we stop being beggars and spend African money inside the continent, Africa will not need to ask for respect from anyone, we will get the respect we deserve. If we make it prosperous as it should be, respect will follow,” President Akufo-Addo said

He said that when Africa does the right thing they won’t need to ask for respect from anyone as it will come naturally.

“Africans are more resilient outside the continent…