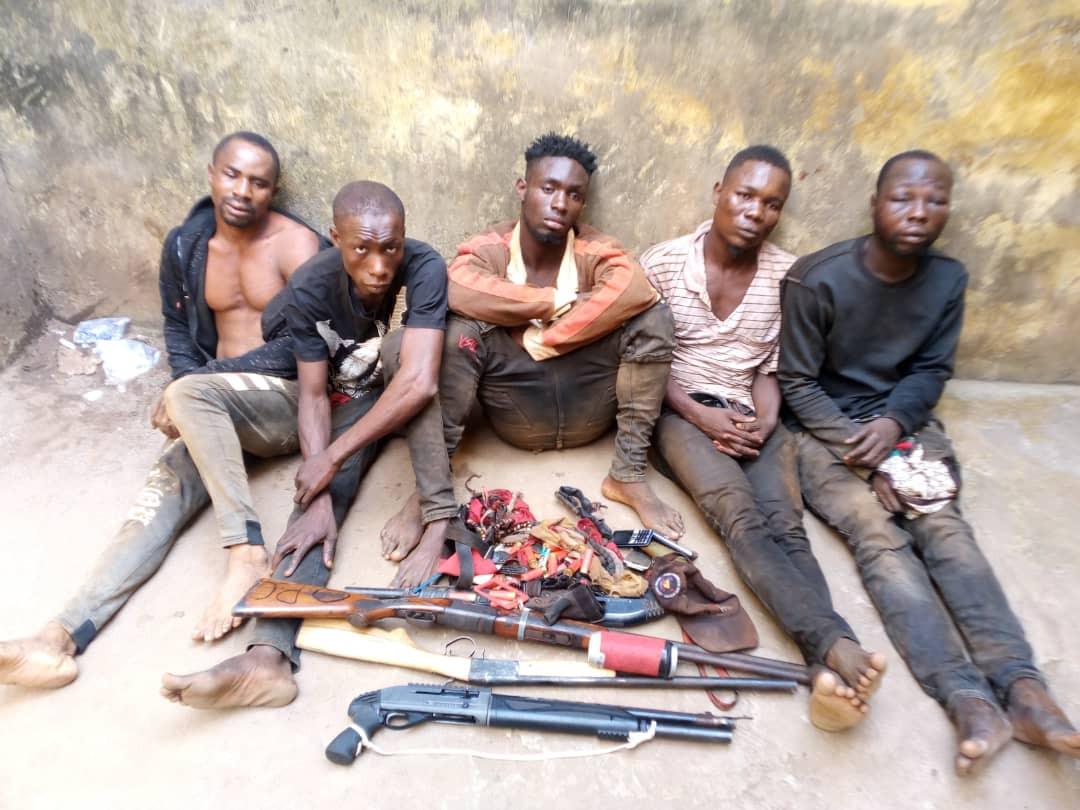 Five suspected kidnappers have been paraded by Edo police command.

The suspects identified as Christopher Aiyegbeni, 29; Matthew Osayande, 32; Uyi Destiny, 27; Bankole Faz, 35; and Ayemen Okojie, 32, were arrested on December 16 following an intelligence report about some suspected kidnappers who invaded Ogoja Camp, known as Ford Camp in Kamafua- ii community with the intention to kidnap one of the heads of the camp.

The commissioner of Police, CP Mohammed A. Dankwara, who commended the operatives, the community and the vigilantes group over their effort in arresting the kidnappers, urged residents of the state to give helpful information to the police in the campaign against criminals and their activities in the state.