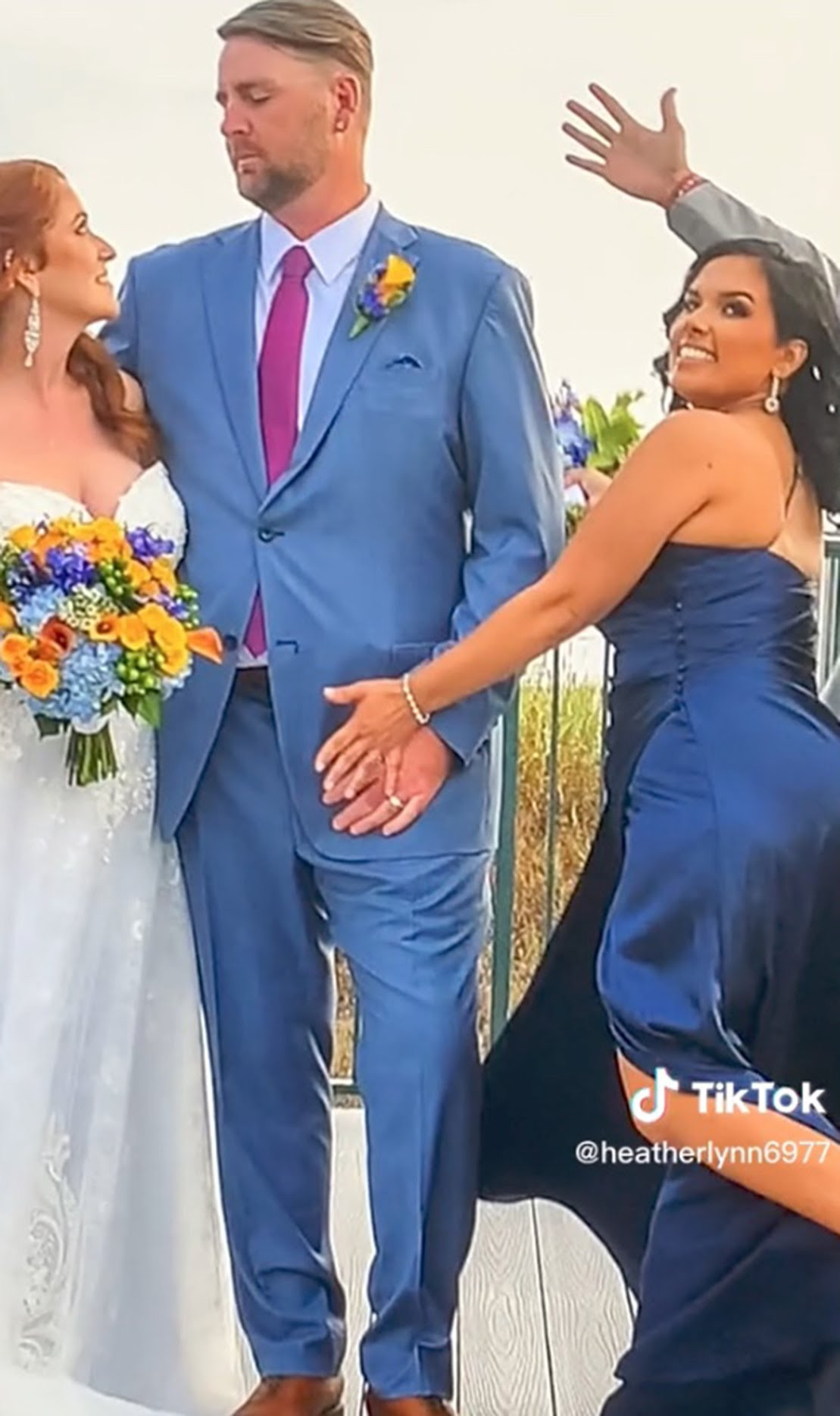 A newly married woman named Heather Lynn has exposed her bridesmaid after catching the woman holding her new hubby’s hand and touching his crotch in her wedding pictures.

Heather Lynn, a nurse and mom of two from North Carolina, went viral on TikTok after exposing her bridesmaid for feeling up her new husband in their wedding pictures.

In the clip, which has garnered more than 18.1 million views on tiktok, the “maid of dishonor” is seen standing to Travis’ left, linking arms with him, placing her hand near his groin and tightly grabbing his hand as he and new wife, Heather who was to his right and apparently oblivious to the woman’s questionable behavior smiled for the camera.

“Getting your wedding photos back and [noticing] something,” groaned Heather, a nurse and mom of two from North Carolina, in the caption of her trending TikTok. The video features several stills of the unnamed brunette bridesmaid groping Travis, during their nuptials in…