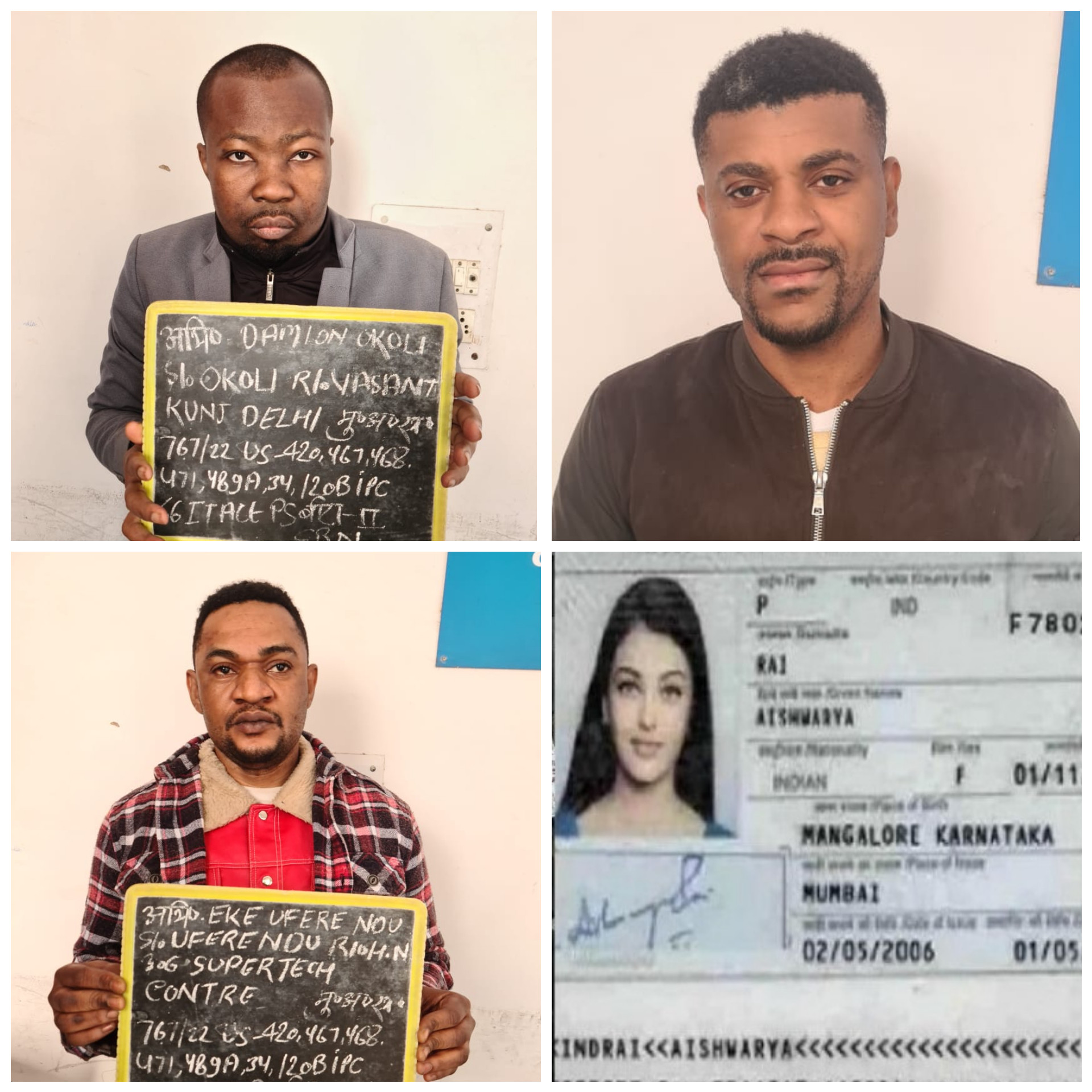 Two Nigerian nationals and a Ghanaian have been arrested in India for allegedly being involved in cyber fraud.

The accused identified as Eke Uferemvukwe, Okoloi Damion, both from Nigeria, and Adwin Collines, from Ghana, were arrested in Greater Noida.

The accused are ‘cyber criminals who, along with their other associates, have been involved in various frauds and have duped gullible people on matrimonial sites, dating apps, social media sites, through lottery fraud, etc,’ the police said on Friday, December 16, 2022.

They also recovered several fake passports from the suspects, including one made in the name of Bollywood actress and former Miss World, Aishwarya Rai Bachchan.

The police said they have seized six mobile phones, 11 SIM…