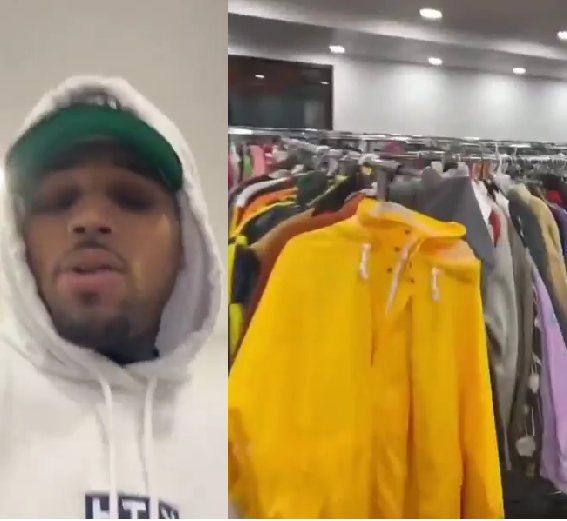 Chris Brown has so many clothes that he had to find a new place to store them.

The singer built what he calls a “department store” outside of his Tarzana, California, home because he ran out of space for all his clothing.

In an Instagram Story, he showed off the racks of designer clothes that fill the newly-built structure.

“I just built a department store outside of my house,” he said.

Chris also called out his fellow artists for “fake capping” about their drips, which is pale in comparison to his.

Back in 2019, Chris held a garage sale to downsize his clothing collection. Fans lined up around the block to get some of the coveted items at discounted prices, and the cops even threatened to shut the whole thing down.