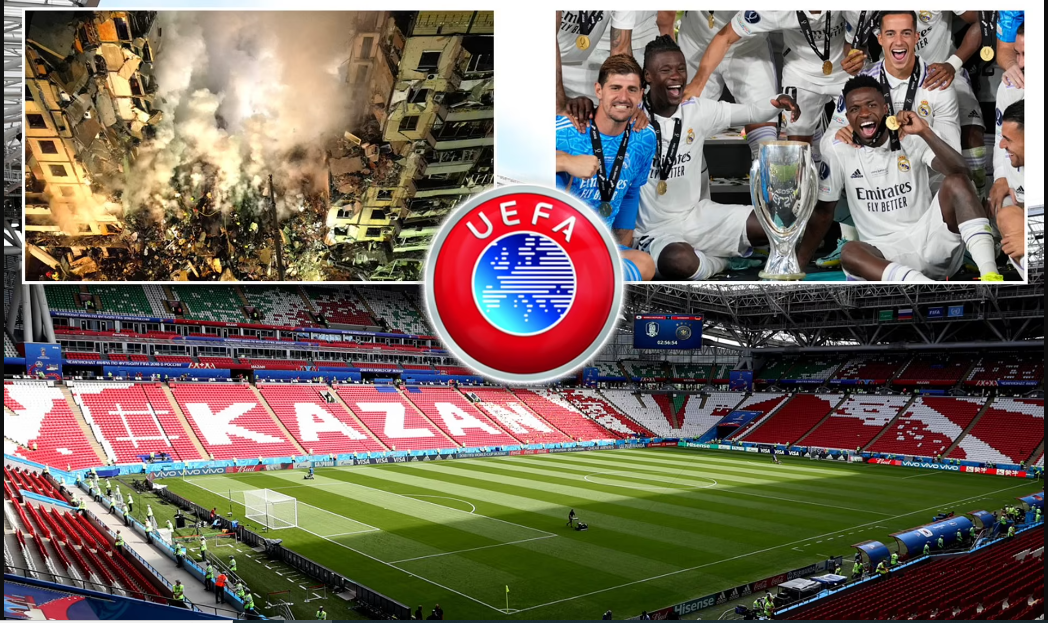 UEFA have stripped Russia of hosting rights for the season-opening European Super Cup, because of the country’s ongoing war in Ukraine.

The city of Kazan, was due to stage the game between the winners of this season’s Champions League and Europa League. But due to the conflict between the two neighbouring countries, UEFA have decided to move the game to the Georgios Karaiskakis stadium home of Olympiacos in Athens.

UEFA had not moved the Super Cup from Russia despite taking the 2022 Champions League final away from the country within days of the country’s military invasion of Ukraine last February.

The game had been due to take place in St Petersburg before it was given to the Stade de France, where Real Madrid beat Liverpool 1-0 in the final.

Russian teams have been banned from UEFA and FIFA competitions since February 28 and the International Olympic Committee also advised sports governing bodies not to let Russia host events.

With no end to the…