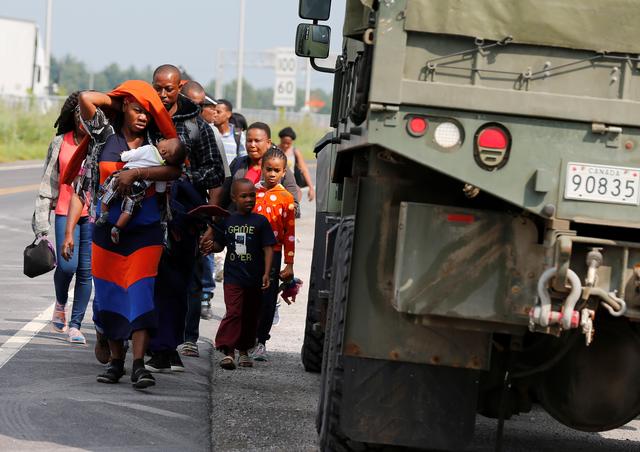 Some 57,000 asylum seekers from Nigeria, El Salvador, Honduras and other nations crossed the U.S. border into Canada last year, in some cases citing a fear of persecution by the government of U.S. Donald Trump.

They are allowed to stay until their cases have been heard. Given Canada’s clogged judicial system, that could take years.

Canada said on Tuesday it planned to spend an additional C$1.2 billion ($902 million) over five years to stem the flow of irregular migrants from the United States, which has become a political threat to the Liberal government ahead of an October election.

Canada began prioritising the deportation of asylum seekers who walked across the border last year, in a bid to tackle the politically sensitive issue.