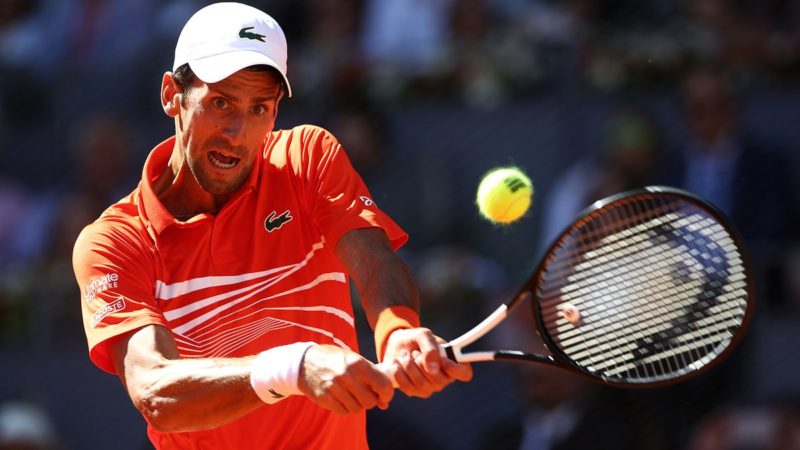 World number one Novak Djokovic saved two match points to advance to the semi-finals of the Italian Open on Friday with a thrilling three-set win over former US Open winner Juan Martin Del Potro.

Djokovic, winner in Madrid Open last weekend, saved two match points in the second set tie-break before winning through 4-6, 7-6 (8/6), 6-4 in just over three hours serving an ace on his first match point.

The 31-year-old next plays Argentine Diego Schwartzman for a place in the final as he targets a fifth Italian Open title and first since 2015.