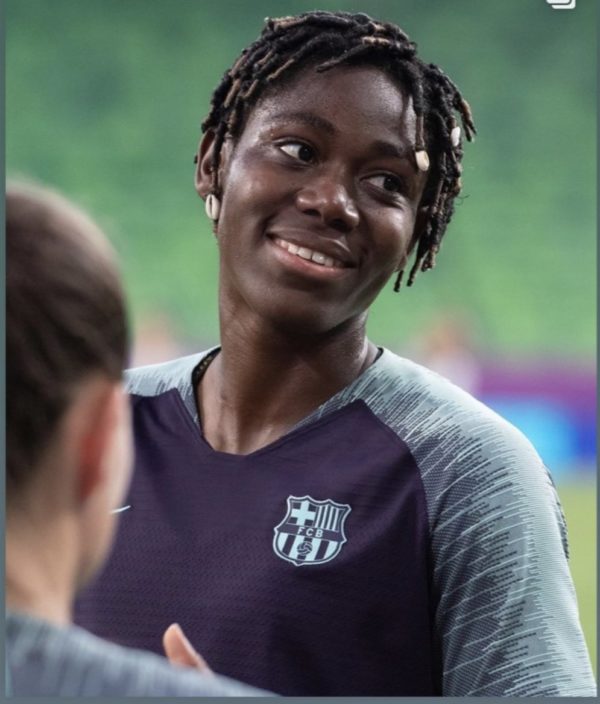 A late strike by Nigeria’s Asisat Oshoala was scant consolation for Barcelona’s women’s team, bidding to become the first club to win Champions League honours with both their men’s and women’s teams.

They fell to the lethal power of Lyon, who strolled to their fourth straight Women’s Champions League crown with a 4-1 win in Budapest on Saturday.

Oshoala, who came in as substitute in the 87th minute is the first Nigerian woman to play in a Champions League final and the first to score. She calmly slotted home from the edge of the area two minutes after, putting Barcelona on the score sheet.

It was the eighth goal in 11 matches for Barcelona by the Nigerian who is on loan from China’s Dalian Quanjian.