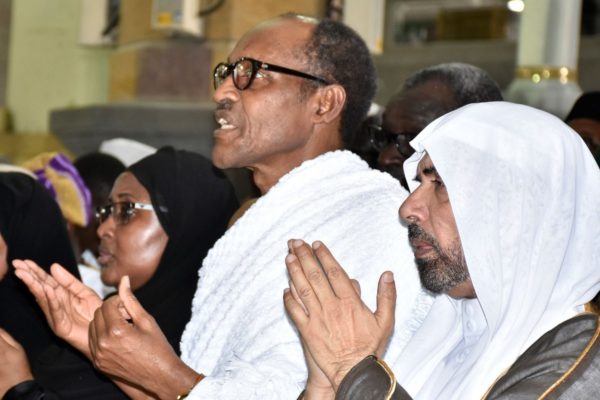 A video of President Muhammadu Buhari running while performing the Lesser Hajj in Makkah has triggered a lot of reactions online, as it belies the vile propaganda about his health.

The video shot by NTA and shared by many Twitterati shows the president and his entourage break into some sprinting while performing one of the rites of the Hajj at the Masjid Haram (the Grand Mosque) in Makkah.

Watch the video as shared:

The video has ignited comments from supporters, urging all the people who had painted the president as ill and unfit to hold public office to seek…