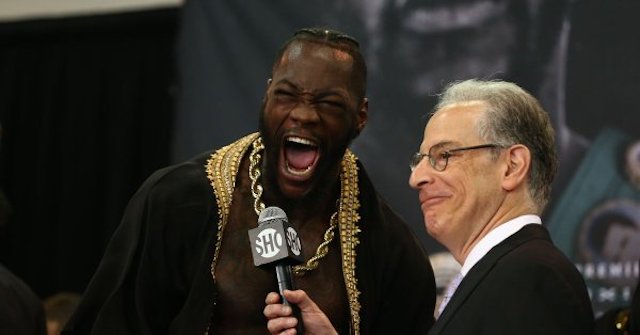 He wasted no time in calling out Anthony Joshua for a match. He said he is ready to wait. Joshua faces Andy Ruiz in New York on June 1.

Wilder, who has one of the most destructive right hands in heavyweight history, floored the challenger with a one-punch knockout with 43 seconds left in the opening round.

Wilder swarmed Breazeale from the opening bell, hurting him with a straight right hand then finishing him off later in the round with the devastating right to the chin that was set up by a left jab.

Breazeale lay on his back, then got up at the count of 10 as the referee waved it off.

Wilder, 33, improved to 41-0-1 with 40 KOs in making the ninth defence of his title against heavy underdog Breazeale at the Barclays Center…