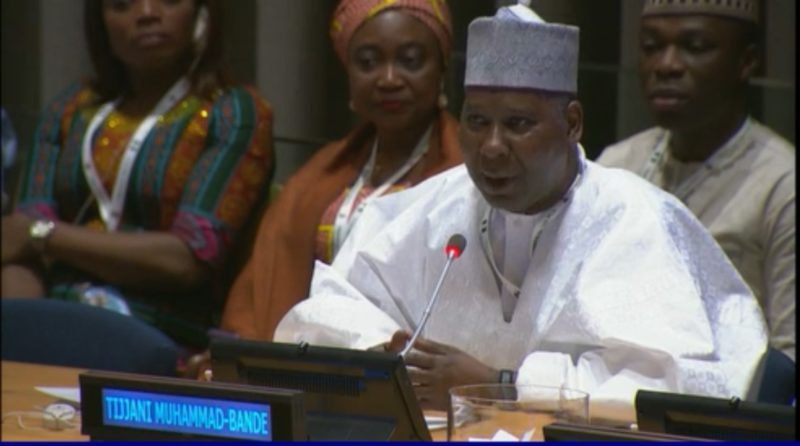 Nigeria’s Permanent Representative to the United Nations, Amb. Tijjani Muhammad-Bande, is set to be the President of the 74th session of the UN General Assembly (UNGA) beginning in September.

Muhammad-Bande, a professor of Political Science and former Director-General of the National Institute for Policy and Strategic Studies (NIPSS), is the only candidate for the 74th UNGA presidency, which is zoned to Africa.

For almost three hours on May 13, the Nigerian envoy sat down with other stakeholders at an informal dialogue to clarify his vision and take questions from them how he intends to pursue it.

The forum, presided over by the outgoing UNGA President, Ms Maria Espinosa, and attended by representatives of many countries, held inside the Trusteeship Council Chamber at the UN headquarters in New York.

Here are highlights of Muhammad-Bande’s vision :

* He described the United Nations as the most important and…