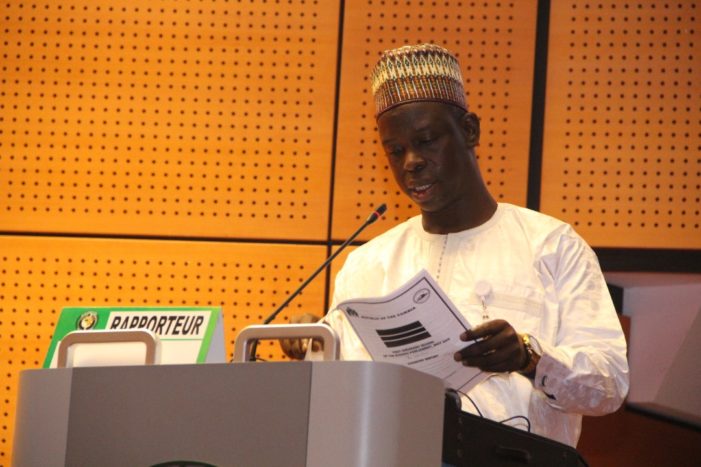 The Gambian delegation to the ECOWAS Parliament say the services of the ECOWAS Mission in the Gambia (ECOMIG) are still needed with ongoing security sector reforms in the country.

This is contained in the country report presented by Mr Samba Jallow on behalf of the delegation at the ongoing ordinary session of the parliament in Abuja.

ECOMIG was established in Jan. 2017 in response to weeks of political stalemate following the country’s presidential election in Dec. 2016.

The troops were deployed as part of an international response to ensure respect for the results of the election.

ECOWAS, in May 2018, extended the duration of its mission in The Gambia by one year stating that the extension was necessary to assist the country in reforming its security sector.

The term of ECOMIG had also initially been extended in June 2017 by one year.

One of the mandates of ECOMIG was to…