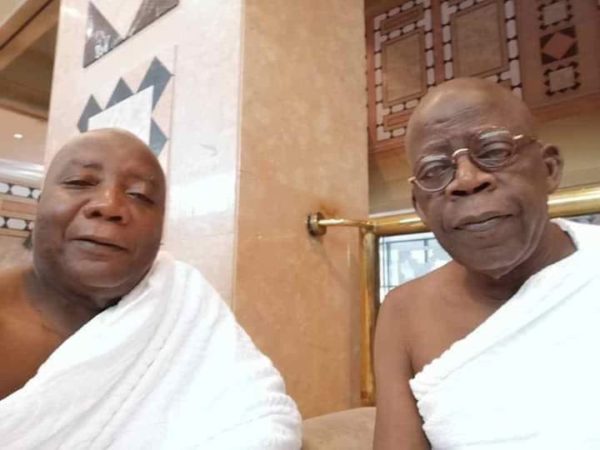 From Saudi Arabia, the national leader of the All Progressives Congress, Asiwaju Bola Ahmed Tinubu has thrown trademark jabs at the opposition Peoples Democratic Party, styling its statements after the election as ‘saucy and distractive”.

Tinubu believes that the PDP may be suffering from election defeat trauma and urged Nigerians not to be annoyed with them but help them to overcome the trauma.

The APC leader spoke after an Iftar dinner meeting with President Muhammadu Buhari in Makkah.