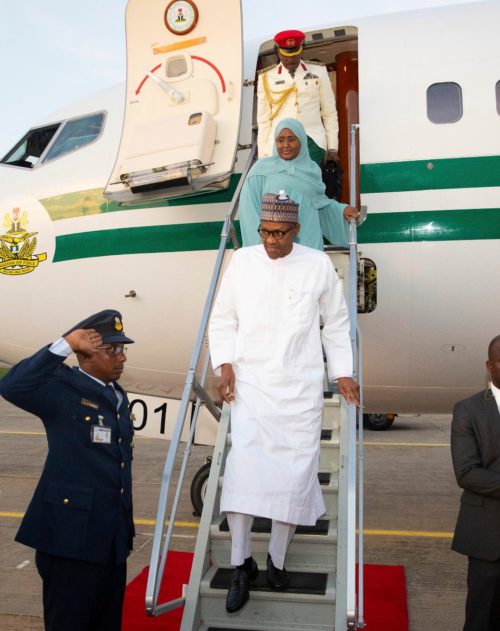 The President’s Chief of Staff, Malam Abba Kyari; Minister of the Federal Capital Territory (FCT), Malam Muhammed Bello; acting Inspector-General of Police, Muhammed Adamu and other government functionaries were at the airport to welcome the president.