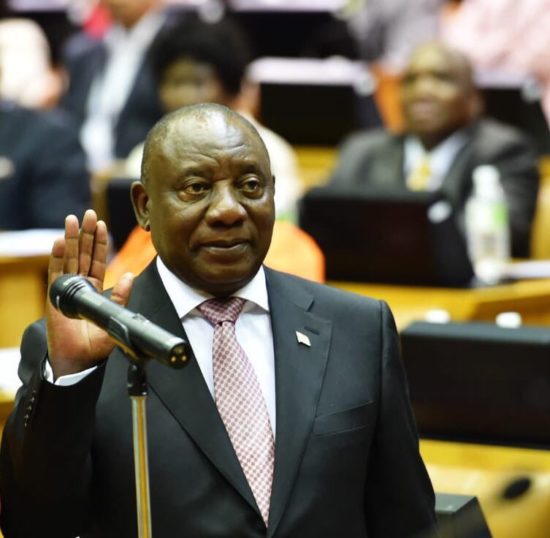 South African lawmakers on Wednesday elected Cyril Ramaphosa as state president in the first sitting of parliament since the ruling African National Congress (ANC) won a majority of parliamentary seats in an election earlier this month.

Ramaphosa, who is also the leader of the ANC, was elected unopposed by lawmakers at the National Assembly ahead of his inauguration on Saturday.

He tweeted after his election: “The people have spoken. We have a clear mandate. Let’s get to work”.

In his acceptance speech in parliament, Ramaphosa said he will be a president for all South Africans

He said he is “truly honoured and humbled to be elected to serve people of South Africa”.

“I will seek to act and be the president of all South Africans, and not just those who voted for the party I lead,” Ramaphosa said.

“I will be a president for all South Africans, and not just for the African National Congress.”

Sylva calls for calm in Bayelsa, apologises to Buhari

Ban on fish importation to save Nigeria over $1bn – Agropreneur