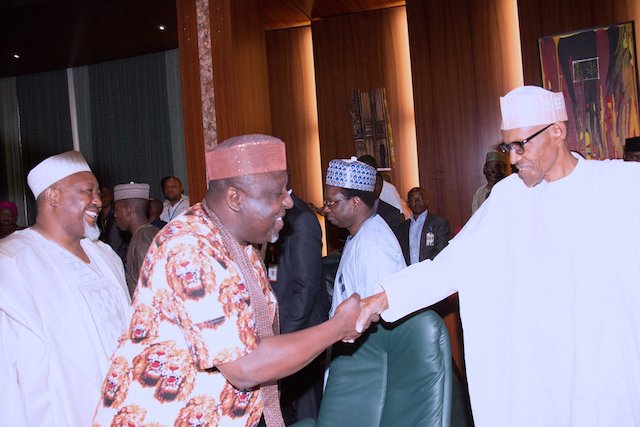 President Muhammadu Buhari has commended Imo Governor, Rochas Okorocha for his fight against criminality in the country.

The president gave the commendation while inaugurating the new headquarters of the Nigeria Prisons Service in Owerri on Thursday.

President Buhari, who was represented by Vice President Yemi Osinbajo, said that the governor had practically demonstrated that he was the Chief Security Officer of Imo.

He thanked the governor and people of Imo for supporting the criminal justice system in the country.

“Let me say, on behalf of President Muhammadu Buhari that I am here to inaugurate the Nigerian Prisons, Owerri.

“I congratulate Gov Okorocha for his support to the Federal Government of Nigeria in its efforts in handling the criminal Justice System.

“Your role as Chief Security Officer speaks for itself. You have done well,” Osibanjo said.

In his response, Gov. Okorocha thanked the President for…