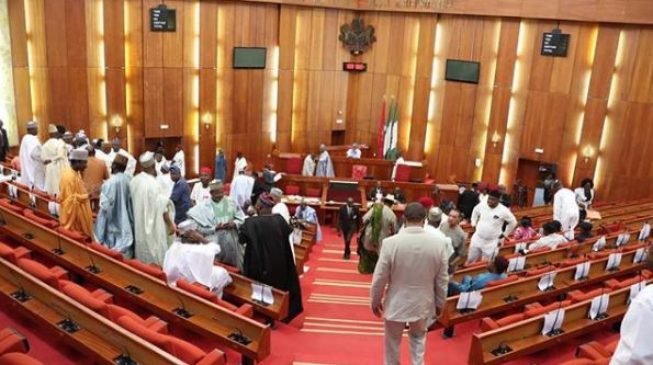 The Senate on Thursday passed for the third time, a Bill for the establishment of a Federal University in Uga, Anambra state.

The passage of the bill followed the presentation of the report by the Committee on Education and TETFUND, after a public hearing on the bill sponsored by Sen. Andy Uba.

The committee chaired by The committee, Chaired by Sen. Jubrin Barau, which submitted its report to Senate at plenary, recommended among other things, that the Bill be passed and the University established.

The Senate unanimously approved the Bill for transmission to President Muhammadu Buhari for assent.

Earlier, the Committee while presenting the report, reminded the senate that the bill was read for the first time in December 2018 and referred.

Chairman of the committee added that it (the committee) committed the Bill on Public Hearing on January 15, 2019, where he said that participants unanimously supported the University’s establishment.

He said that the bill was…