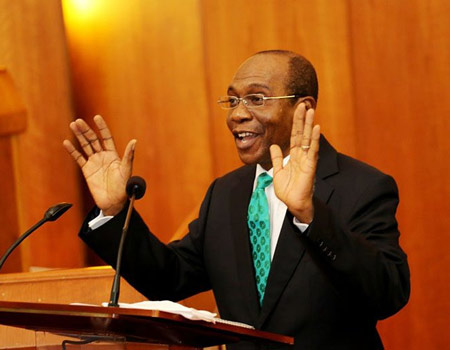 The Empowerment for Unemployed Youth Initiative on Saturday applauded the reappointment of Mr Godwin Emefiele for a second tenure as Governor of the Central Bank of Nigeria, describing it as a “timely economic masterstroke” of the present government.

The group alongside 17 other Civil Society Organisations (CSOs) stated this on Saturday in Abuja, through its National Coordinator Solomon Adodo, after assessing youth empowerment programmes under the President Muhammadu Buhari-led administration.

A statement issued after their meeting stated that most of the economic programmes instituted by Emefiele, among which is the Anchor Borrowers’ Programme (ABP) was one of the major reasons for his reappointment.

Adodo, however, frowned at the attitude of some detractors masquerading as whistleblowers whom he said failed to thwart the reappointment of the CBN governor.

“The Empowerment for Unemployed Youth Initiative welcomed with…