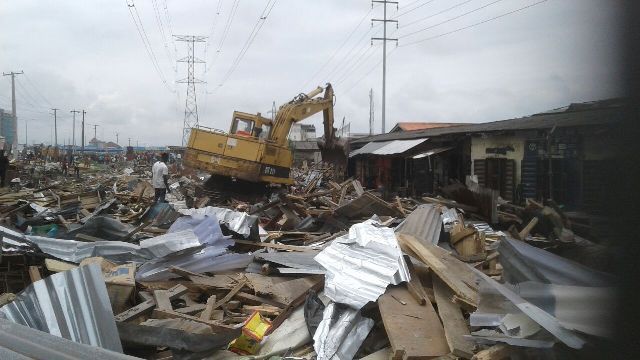 Some traders affected by the ongoing demolition of Agboju Market in Festac Town, Lagos, have blamed market leaders for “insincerity” over the exercise.

The News Agency of Nigeria (NAN) reports that bulldozers moved in on Friday and began pulling down the structures in the market just as the traders started displaying their goods for sale.

Some of the affected traders told NAN that the issue of the demolition had been ongoing between the state government and the traders.

Mr Uzo Thomas, trader, said they assumed the demolition would be done on Monday after the notice elapsed on Sunday.

“To our surprise,  Friday morning, we were displaying our goods, we just started hearing, ‘pack, pack,’ we thought it was a joke.

“Before we knew it, bulldozers started bringing everything down,” he said.