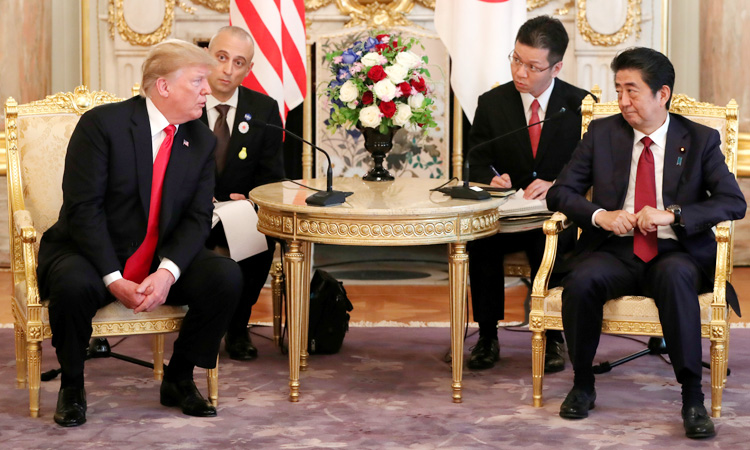 US President Donald Trump kept up pressure on Japan to cut its trade surplus with America, saying ahead of a summit with Prime Minister Shinzo Abe that he expected some announcements, probably in August, with the trade gap straightened out rapidly.

Trump added that he expected “good things” to emerge from his push to get North Korea to denuclearise, while adding that he “could be wrong.”

Monday’s talks with Abe are part of a four-day state visit that was big on pomp and circumstance meant to showcase the alliance but overshadowed by trade tensions.

“Trade-wise, I think we’ll be announcing some things, probably in August that will be very good for both countries,” Trump said. “We’ll get the balance of trade, I think, straightened out rapidy.” Abe, who has developed close personal ties with Trump since the US leader came to office, stressed the closeness of ties.

“I am determined to demonstrate at home and…