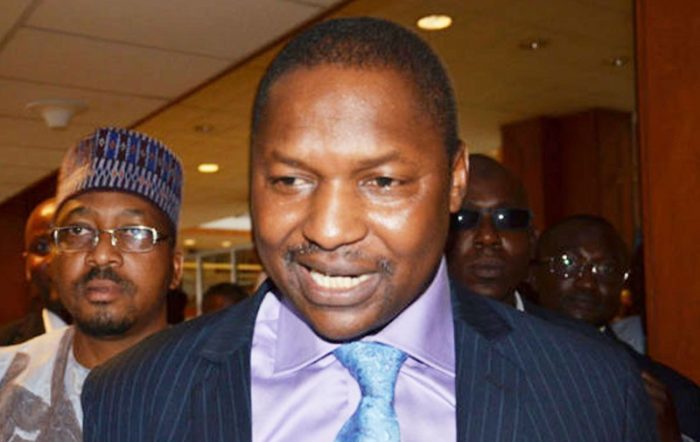 The outgoing Attorney-General of the Federation,Mr Abubakar Malami, SAN, said the Ministry of Justice has recovered 779.5 million dollars and N59.2 billion stolen from the country.

Malami said this on Tuesday in Abuja, while handing over to the Permanent Secretary of the ministry, Mr Dayo Apata.

The minister also said that inline with relevant provisions of the Administration of Criminal Justice Act, the ministry had reached an advanced stage in efforts to ensure the forfeiture of cash and property worth billions to the Federal Government.

“To this end, a memo is awaiting the approval of the president to finalise negotiations with politically exposed persons who have been indicted and charged for various corruption related offences.

The minister also said that the ministry, as part of efforts to expedite action on corruption related cases during his…