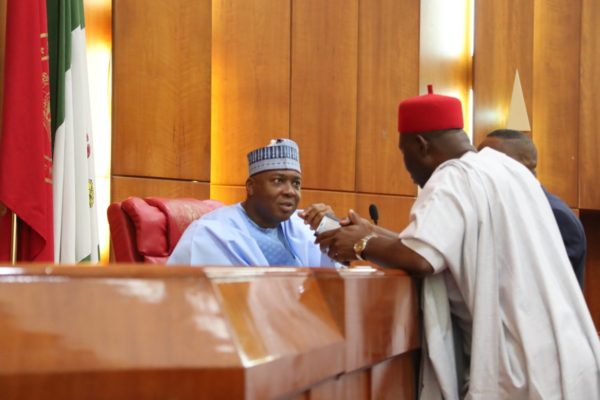 The 8th Senate on Thursday concluded its business session and adjourned till June 6 for valedictory, to mark the end of the session.

The Deputy President of the Senate, Ike Ekweremadu, who presided over plenary, made the announcement at the end of the day’s session.

In his remarks, Ekweremadu thanked the lawmakers for contributing immensely to the success of the 8th Senate.

He urged them to turn out massively on June 6 to officially bring the session to a close.

“I want to thank all of us who are here present for today’s plenary. Today marks the end of our business session.

“We will be meeting on June 6 for our valedictory session. I want to appeal to all our colleagues to be present,” he said.

The 8th senate, which was inaugurated on June 9, 2015 would be coming to an end after its valedictory session, to pave way for inauguration of the 9th National Assembly.