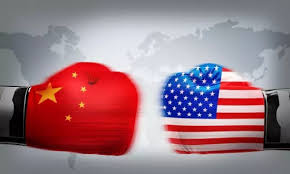 Condoms, perfume, wine and pianos are among a cocktail of American products that will be hit by a steep increase in Chinese tariffs on Saturday as Beijing retaliates in an escalating trade war.

The move will cap a week that was marked by a heated war of words and Chinese threats to curb exports of rare earths, which are key to US tech industries, after President Donald Trump blacklisted telecom giant Huawei.

Washington and Beijing resumed their tariffs battle earlier this month after trade talks in Washington ended without a deal, with the US side accusing Chinese negotiators of reneging on previous commitments.

The countries have exchanged tariffs on 360 billion dollars  in two-way trade so far.

Trump more than doubled punitive tariffs on 200 billion  dollars in Chinese goods to 25 per cent, and launched the process to hit nearly all remaining imports from the Asian country.

China responded by announcing that it would increase tariffs on 60…