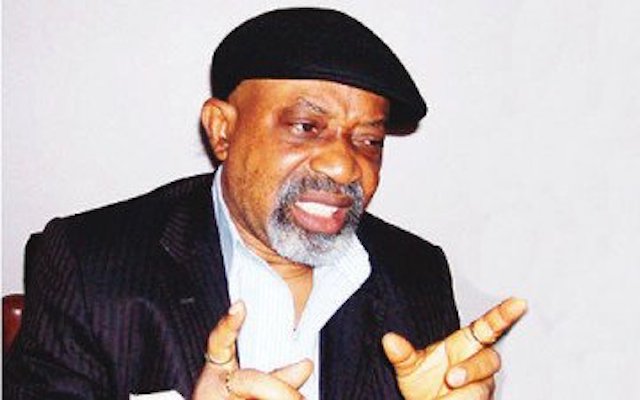 Sen. Chris Ngige, the immediate past Minister of Labour and Employment has expressed utter shock over the death of the President of the Petroleum and Natural Gas Senior Staff Association of Nigeria, PENGASSAN, Mr Francis Johnson.

Nwachukwu Obidiwe, Special Assistant, Media to the former minister, made this known in a statement made available to newsmen on Friday in Abuja.

Ngige who said he was very sad over the news, described the late Johnson as a forthright labour leader who understood the intricacies of negotiations and went for what was possible.

He added that Johnson’s death came at the time his comrade colleagues and employers of labour would need his wealth of experience to navigate the various upcoming negotiations in the oil industry and public service.

“Serving as the Vice President of the Trade Union Congress (TUC), his contributions would be missed on the vexed issue of the new National Minimum…