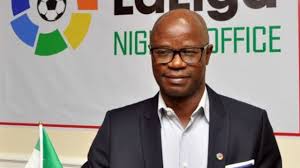 Mutiu Adepoju, ex- Super Eagles player, has urged the national football squad to sustain the team spirit in camp as they move closer towards lifting the 2019 AFCON in Egypt.

He gave the advice after Nigeria defeated South Africa 2-1 in the second quarter-finals match of the 2019 AFCON, to book a place in the semi-finals of the competition.

The former Super Eagles midfielder told the News Agency of Nigeria (NAN) that the team could carry the day at the end of event if they remained focused.

He commended the boys for defeating arch-rivals, South Africa, in a tension-soaked match, and urged the team to sustain the momentum in the remaining two matches.

“I want to commend the team for a job well done; we are moving on gradually.

“It was a good match; we controlled the game and we won at the end, despite some nervy moments, ” he said.