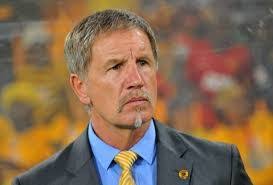 Coach Stuart Baxter of South Africa  in a post match interview says it is difficult to find positives after one has lost a game.

News Agency of Nigeria (NAN) reports that the Super Eagles on Wednesday defeated Bafana Bafana of South Africa 2-1 in the quarterfinals of  AFCON 2019 in Egypt.

Baxter told reporters  that his boys played according to instructions and gave their best.

“I am sure that in one week’s time, I will find some positives. At this moment, I am finding it very difficult.

“We tried to get a better more mobile possession which gave Nigeria more problems but we still couldn’t find that last strike on goal to get there.”