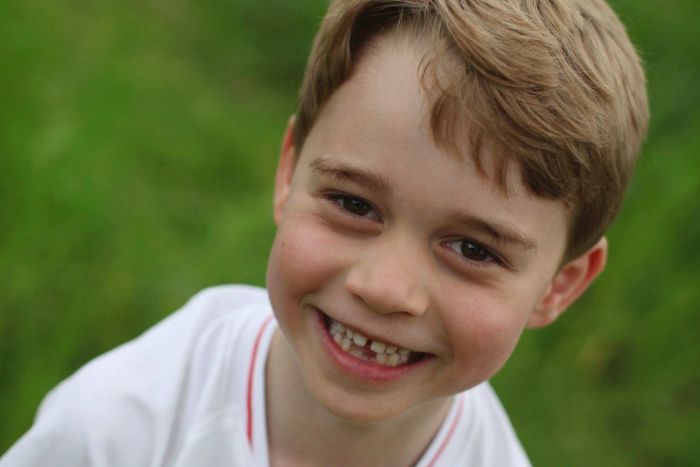 In what has become a tradition for Kensington Palace, three new photographs of Prince George have been released to mark his sixth birthday.

In two of the snaps, the great grandson of Queen Elizabeth II shared a beaming, toothy grin while wearing an English soccer jersey in the palace gardens.

A third, undated photo shows him on a family holiday.

“The Duke and Duchess of Cambridge are very pleased to share new photographs of Prince George to mark His Royal Highness’s sixth birthday,” Kensington Palace said in a statement.

It’s become a tradition for the palace to release birthday snapshots taken by George’s mother Kate, the Duchess of Cambridge — including portraits of Princess Charlotte and Prince Louis taken earlier this year.