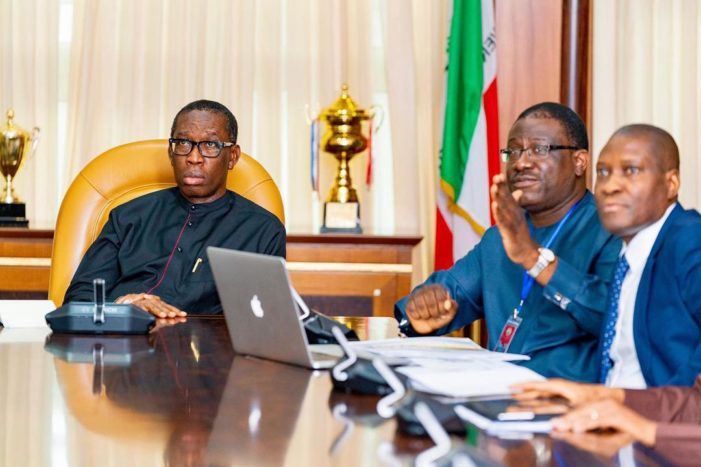 Delta state Governor Dr Ifeanyi Okowa has restated his commitment to the economic growth and industrialisation of the state through speedy completion of such projects as the Kwale industrial park.

Okowa spoke when he met the management of Temple Energy and GasInvest, joint consultants to the industrial park project, who briefed him on the level of progress made on the project.

The news Agency of Nigeria (NAN) reports that the the state’s gas resource will be utilized to provide 24 hours energy to the Park which is suppose yo serve as an exportation hub being close to the Ports.

The Park will supply goods through the ports to Onitsha, Lagos and other parts of West Africa.

The Kwale industrial park is also planned to be a free trade zone as the state government was already pushing to actualize the free trade status for the park.