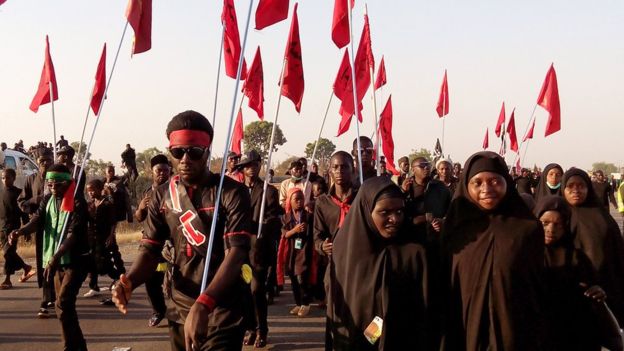 The Islamic Movement in Nigeria (IMN), otherwise known as “Shiites” has been declared a terrorists organisation after series of deadly protest by its members led to the death of Usman Umar, a Deputy Commissioner of police and Precious Owolabi, a Channels Television reporter.

Justice Nkeonye Maha, of the Federal High Court in Abuja, made the declaration on Friday.

The group had engaged the Nigerian police and other security agencies in several clashes over the continuous detention of its leader in Nigeria, Ibrahim El-Zakzakky and wife.

With the order according to Punch, the court restrained any person or group of persons from participating in any form of activities involving or concerning the IMN under any name or platform in Nigeria.

A copy of the ex parte application marked FHC/ABJ/CS/876/2019, was filed in the name of the Attorney-General of the Federation.