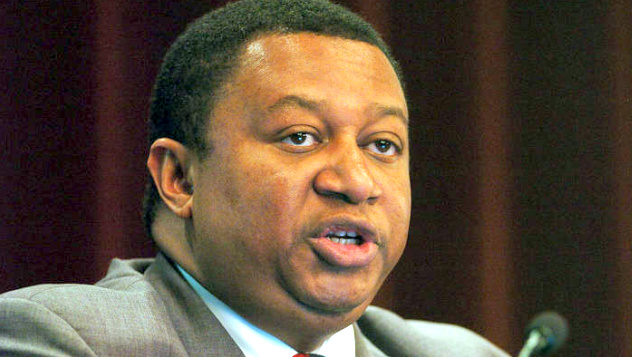 The Secretary General of the Organisation of Petroleum Exporting Countries (OPEC) Mr. Mohammad Barkindo, has congratulated  Mr TimipreSylva on his appointment as Nigeria’s Minister of State for Petroleum Resources.

Barkindo disclosed this in a statement issued on Wednesday.

He described  the newly appointed minister is a veteran of the oil industry in Nigeria, where he served as adviser to former Petroleum Minister, His Royal Highness, Dr. Edmond Dakouru.

“He will bring his rich experience to bear on his new and heavy responsibilities.

“OPEC looks forward to working with him to advance the implementation of the historic Declaration of Cooperation and Charter of Cooperation,” he said.

It will be recalled that Slyva contributed profoundly to the institution of the Amnesty programme in the Niger Delta region which, over time, has led to restoration of peace in the oil producing areas of Nigeria.