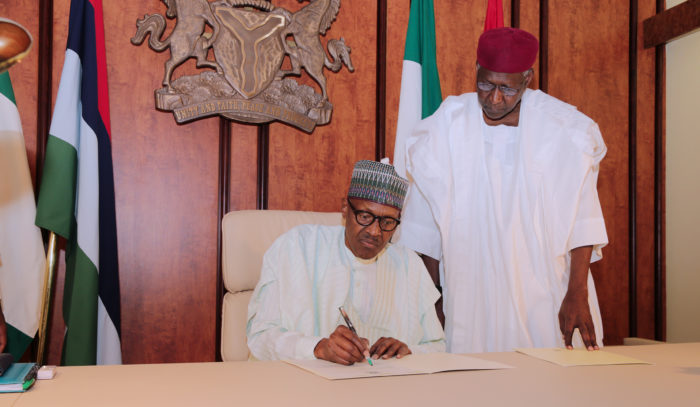 The functions of the Chief of Staff to President Muhammadu Buhari, Mallam Abba Kyari, with respect to ministers has not changed the Presidency says.

Reacting to media criticisms of President Buhari’s directive to ministers to channel all correspondence through the Chief of staff, the Presidency stressed that it was just a verbalisation of the same role performed by Kyari in the first term of President Buhari.

According to a statement issued by Garba Shehu, SSA to the President on Media, the presidency said that Buhari merely pronounced one of the primary functions of the Chief of Staff.

“Recent media and social media reports on the responsibilities of the Chief of Staff to the President have suggested that the role has changed. This is not the case”, Garba said.

“Today, under the Buhari II administration the role of Chief of Staff remains the same as it was under…