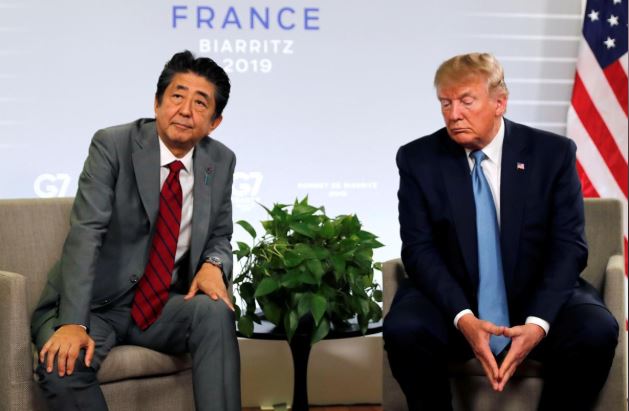 U.S. President Donald Trump and Japanese Prime Minister, Shinzo Abe, showed their differences over the seriousness of North Korea’s series of short-range missile launches on Sunday while maintaining that they would remain in sync on the issue.

Trump, who prizes his relationship with North Korean leader, Kim Jong-un, said the launches did not violate an agreement and were in line with what others were doing.

“He hasn’t been doing nuclear testing.

“He has done short-range, much more standard missiles.

“A lot of people are testing those missiles, not just him,’’ Trump said.

Asked if he was concerned by the latest launches, Trump said: “I’m not happy about it, but again, he’s not in violation of an agreement’’.

Launches of short-range ballistic missiles on Saturday were the seventh by North Korea since Trump and Kim met at the border between the two Koreas in June.

Asked if he wanted Trump to come closer to…