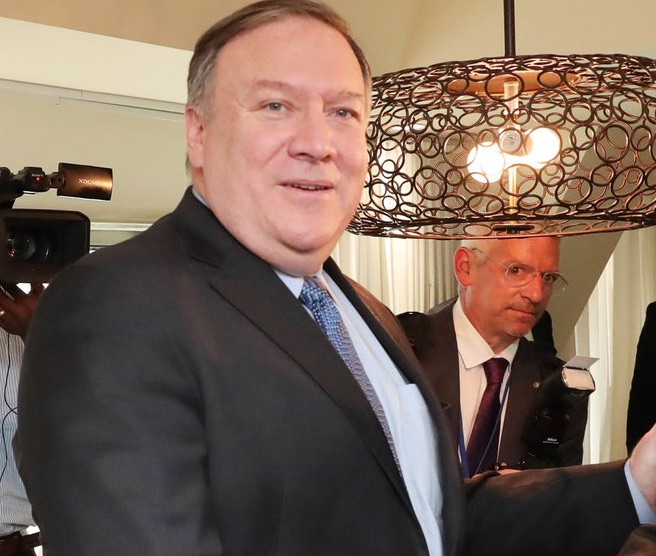 The US state department has removed an NPR reporter from the press pool for Secretary Mike Pompeo’s upcoming foreign trip, days after a tense interview with another NPR journalist.

The radio network said it was not given a reason behind Michele Kelemen’s ban. A press representative said the decision amounted to retaliation.

The state department has not commented.

In Friday’s interview, Mr Pompeo was asked repeatedly about Ukraine and ousted US Ambassador Marie Yovanovitch.

National Public Radio reporter Mary Louise Kelly asked him whether he defended or should have defended Ms Yovanovitch, whose removal was a key factor leading to the impeachment of President Donald Trump by the Democratic-led House of Representatives last month.

Kelly said that, after the nine-minute interview, she was taken by a Pompeo aide to his private living room where he shouted at her, cursed repeatedly and asked: “Do you think Americans care about…