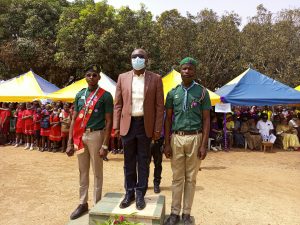 Attah said that the FCT Minister, Malam Muhammad Bello and the Minister of State, Dr Ramatu Aliyu both believed in combination of sporting and education as a viable tool in ensuring that students were properly developed.

According to him, this will enable students shun the twine vices of drugs abuse and cultism.

“Because from places like, this great talent that will stand in for Olympics NUGA games in the…