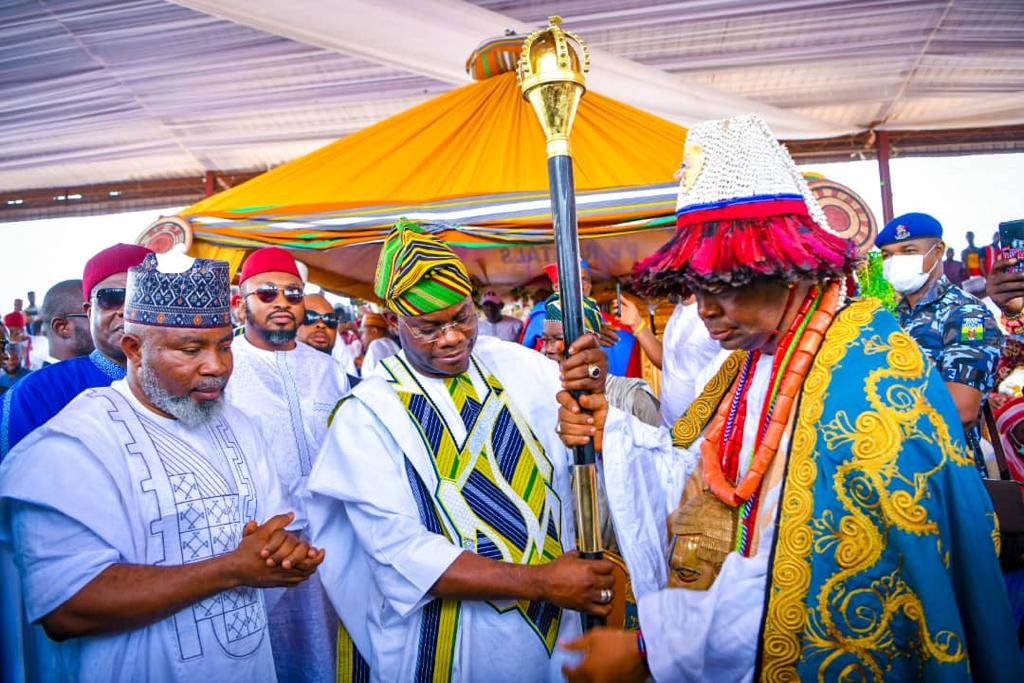 Gov. Yahaya Bello of Kogi has presented the staff of office to the new Attah Igala, Mattew Opaluwa, describing the process as one that conformed to tradition, equity and fairness.

Bello presented the staff of office to the new Attah Igala during the coronation event on Friday in Idah, Kogi.

The governor said that the process of installation was a departure from previous practices which was marred with crises, violence and destruction of lives and properties.

Bello said that the mammoth crowd from within and outside the Igala Kingdom also proved that the people were satisfied with the selection of their new King.

“There is now total departure from certain practices which made the appointment of traditional rulers in Kogi filled with crises, violence and disruption of lives and properties in the past.

“My new direction administration has ushered in a…