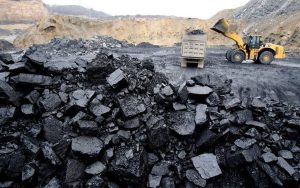 Hon. Janet Adeyemi, the President, Women in Mining Nigeria (WIMIN), an NGO, has alleged that no female Artisanal, Small Scale Miners had benefited from the N5 billion mining intervention loan.

Adeyemi made this known in an interview with the News Agency of Nigeria (NAN) in Abuja.

She said that the conditionality attached to the loan by the Ministry of Mines and Steel Development and the Bank of Industry (BoI) were too stringent for female miners to access.

NAN recalls that in 2017, both the ministry and  BoI had signed an agreement to contribute N2.5 billion each, totaling five billion naira as intervention fund for artisanal miners.

The agreement was signed by Gov. Kayode Fayemi, who was the then minister with officials of BoI.

Adeyemi said that the conditions should be made flexible, if the fund was actually meant for artisanal miners.

“We have tried several times to access the loan but to no avail, we have members who are…