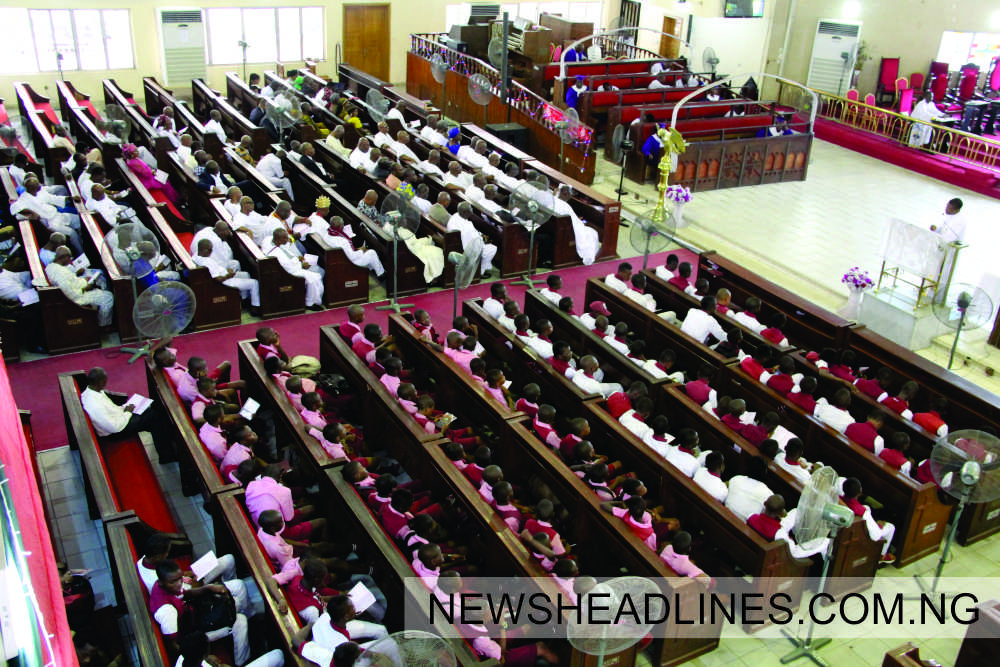 It was another moment of thanksgiving for the Old Boys, Students and members
of Staff of Eko Boys’ High school as the first indigenous, non-denomination secondary school in Nigeria, celebrates its 107th Founders’ Day Anniversary.

The colorful event which was held on the 13th January 2020 at St. Hoares Memorial Church, Yaba – Lagos saw Ekorians (as they are fondly called) troop out in their numbers from the four corners of the globe to give thanks and praises to the Almighty God and to celebrate the
legacy of the school’s founding fathers.

When we remember the labour of our past heroes and the good results it has produced, we cannot but be excited. This is exactly what happened when Ekorians rendered “The School Song”. St. Hoares Memorial Church which was filled to capacity went agog as they chorused: “InDomino Confidimus…”.

It is on record that the sponsor of the 107th anniversary – E1980 set, used the occasion to celebrate the 40th anniversary of the passing out from the school.

In his speech, EKOBA National President, Ekorian Rilwan Fashina enjoined all Ekorians both at home and in the diaspora to always remember to give back to the school, especially at this period that the school is building a new campus at Abijo in Lekki.