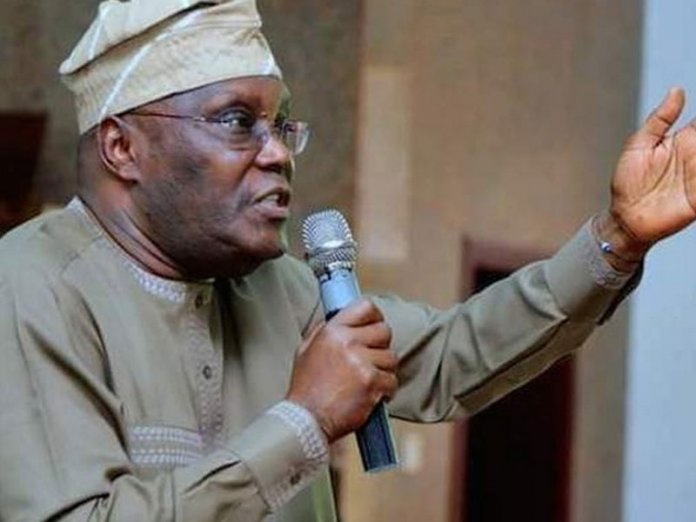 The Presidential candidate of the Peoples Democratic Party (PDP) in the February 23 presidential election, Alhaji Atiku Abubakar, has said that the ruling All Progressives Congress (APC), despite its acclaimed integrity perpetrated the biggest electoral fraud in the history of the country.

The former vice president disclosed this Wednesday in Abuja at the 85th Emergency National Executive Council (NEC) meeting held at the party’s headquarters in Abuja.

Atiku, who spoke through his running mate, Peter Obi, said that while the party continues to blame the Independent National Electoral Commission (INEC) and the security agencies for the fraud perpetrated during the election, the biggest shame will be shared by those directing them to do the wrong thing.

He stated: “As for me, while we blame the INEC and the security agencies, the biggest shame goes to those who are directing them (INEC and security…