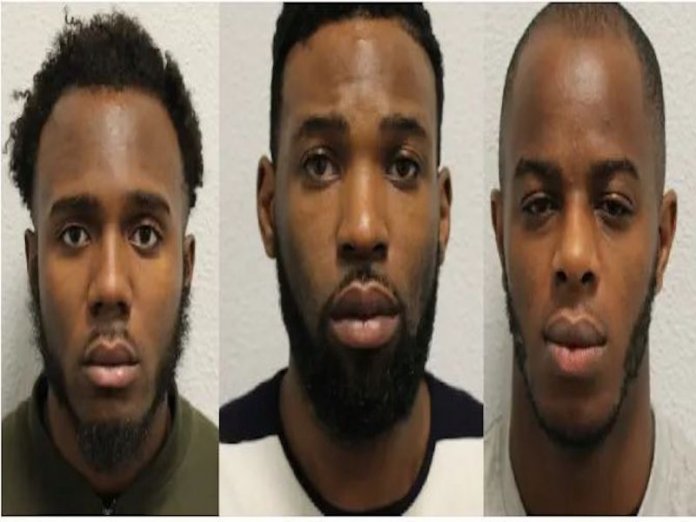 Three Nigerians — Kennedy Udo, Michael Mgbedike and Emmanuel Okubote — have been sentenced to a combined 40 years in prison by a Woolwich Crown Court in the United Kingdom (UK) for breaking the law.

According to a tweet by the UK Metropolitan Police, the trio aged 29, 22 and 27 respectively landed in jail for attempting to smuggle ammunition and drugs into the UK via Eurotunnel.

The tweet said Udo of Avery Hill Road, Eltham, SE9 was sentenced to eight years and six months, having been found guilty of conspiracy to supply drugs and being knowingly concerned in the fraudulent evasion of a prohibition on the importation of goods.

Mgbedike of Spur Road, Orpington, BR6 was sentenced to eight years, having been found guilty of conspiracy to supply class A drugs.