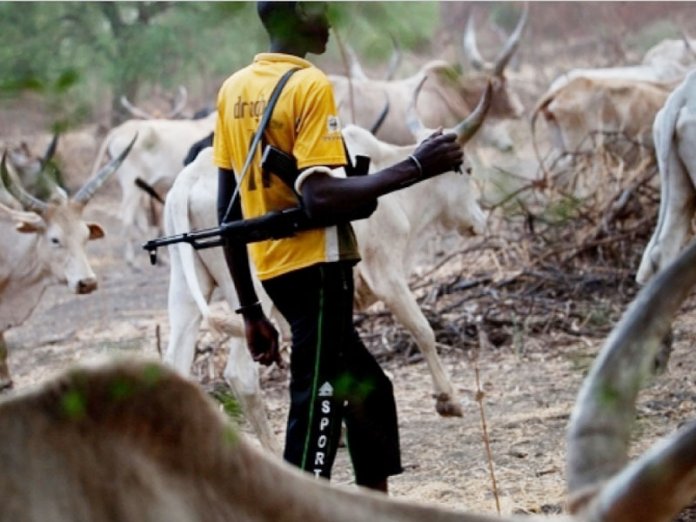 Ogga community in Yagba West Local Government Area of Kogi State has been attacked by some suspected Fulani herdsmen, killing one person.

According to a source in the community, a farmer, Mr. Ariyo Aina, 35, was allegedly killed by the Fulani herdsmen on his way to the farm on May 18.

Also, the National President of Ogga Progressive Union (OPU), Mr. Bamidele Olure, while speaking with journalists on phone yesterday in Lokoja, Aina was murdered on his way to his farm at about 9a.m. last Saturday.

He said the herdsmen victim left his home for the farm at about 9a.m. last Saturday, but to was his slain body that was found by other farmers who were going to the their farms thereafter.

Olure said: “There were several machete cuts on his head and body, and we believe it is the handiwork of the Fulani herdsmen, because they are known for such record of killings in the area.

“Aina had had several altercations with Fulani…