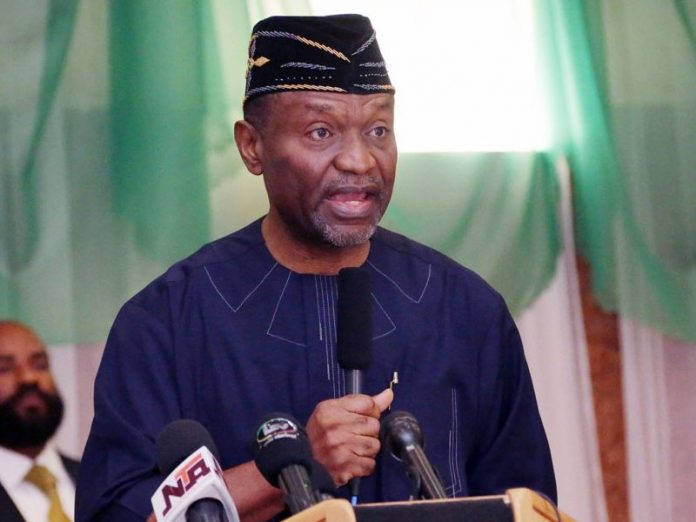 The Minister of Budget and National Planning, Senator Udoma Udo Udoma Tuesday stated thaf although the economy slowed to 2.01 per cent in the first quarter of the year, from 2.38 per cent in the preceding quarter, the performance was still commendable.

He also admitted that the Economic Recovery and Growth Plan (ERGP) targets may not be achieved in 2020 as earlier projected.

Noting that the 2019 first quarter performance represented the strongest Q1 performance since 2015, he said “starting the year with GDP growth rate of 2.01 per cent is encouraging because the first quarter of the year often records the slowest growth in GDP.”

Speaking at the end of tenure press conference to highlight the achievements of the ministry, he added that employment generation will be the focus of President Muhammadu Buhari’s second term.

The minister said: ” Yes, 2 per cent is weak growth but the key thing is the…