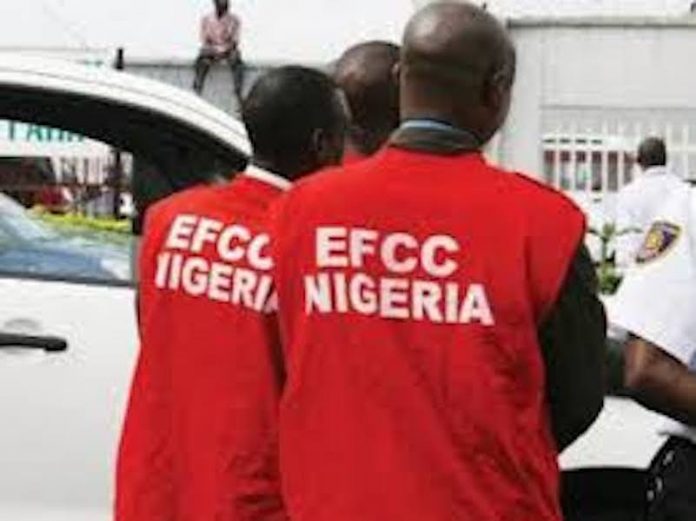 Operatives of the Economic and Financial Crimes Commission (EFCC) yesterday raided the head office of MTN Nigeria Communications Plc in Falomo, Lagos over the scandal rocking the company’s recent listing on the Nigerian Stock Exchange (NSE).

Top management personnel of the company were said to have been interrogated by the operatives, who stormed the telco’s corporate headquarters at about 4pm.

THISDAY gathered that the EFCC team had demanded for documents in connection with the share listing which were promptly provided to them.

Although no official of the EFCC and MTN could provide official statements on the matter, a source familiar with the deal, said the visit of the team from the anti-graft agency was sequel to the barrage of complaints from “several unnamed brokers that the shares of MTN are not available for the public to buy despite the recent listing that was greeted by huge…