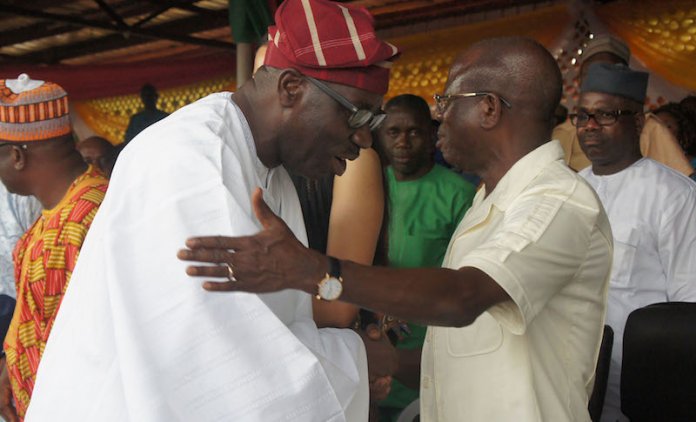 Amidst torrents of endorsements for second term and accolades of good performance, Governor Godwin Obaseki of Edo State has been advised to resolve all disagreement between him and his predecessor, the All Progressives Congress (APC) National Chairman, Adams Oshiohmole before aspiring for second term.

The Okanlete of Esan Land, Major General Cecil Esekhaigbe (rtd), who gave the advise in a statement titled: ‘Governor Godwin Obaseki and the Cocktail of Endorsements,’ said rather than relying on endorsements,  Obaseki should do the needful by immediately reaching out to his predecessor (Oshiohmole), to sort out whatever grievances they may have against each other.

According to the traditional ruler, “evidence abound in Edo State and elsewhere, where attempts to replace an existing formidable political structure, with a new self-styled own structure caused a collateral irreparable political damage.